The club was founded by me (Danny Jeppesen in the year 2006. There are two active members in myh club, which are Stefan and my self.
Stefan does all the electronics and power connecting, while i do the rest. The whole setup is owend by me alone.
The club setup consists of 32 straight module in the size 75x120 cm, and 16 curved modules i the size 100x100 cm. 40 af de 48 modules are at the present time exhibition ready
On my setup i try to paint a picture of what German wehrmacht train transports could have looked like under the II World War.
I try to show of these wehrmacht transports as hisorically correct as possible, thru e.g use of hisoric pictures, under the construction of the models and modules from the II World War.
For transporting my wehrnmacht models i use Gauge One modeltrains and waggons in the scale 1:32 from makes like KM-1, Kiss and Märklin.
My Wehrmacht models consists of plastic modeles in the scale 1:35 from makers like Tamiya, Revell and Trompeter which are assembled, painted and weathered mostly by me.
The Harbourcrane, coalcrane, PZ 72B panzertrain and the railway gun are all scratch build models.
On dispaly i have 6 locomotives and about 70 waggons, of which 35 of them contain wehrmacht equipment, 2 contain the Herman Göring stafwaggons and 10 waggons can be found in the Panzertrain.
The rest of the waggons are different gods and passenger cars, and 10 og them shows a 1970´s bundeswehr military transport og tanks and other equipment.
All the locomotives and waggons are weathered, so that they in my oppinion, give the most realistic picture of waht such transpots would havw looked like.

About me Send me a message

Consists of a BR 52 steamlocomotive and 37 waggons. The train shows a stafcompany in a panzerplatoon in the summer of 1944 on the Eastern Front.

This is a PZ72B Regimentstafarmouredtrain, which consists of a armoured BR38 lokomotiv with 2 tenders and 9 cars.

on my setup many other train sets are shown. Among these train sets are a Spur-1-exklusiv 90 ton streamcrane set, a passagertrain set, a scrachtbulid Bruno railwaycannon and coal- and other godscars. I also have a Bundeswehr millitary trainset driven by a BR140 and 10 waggons. 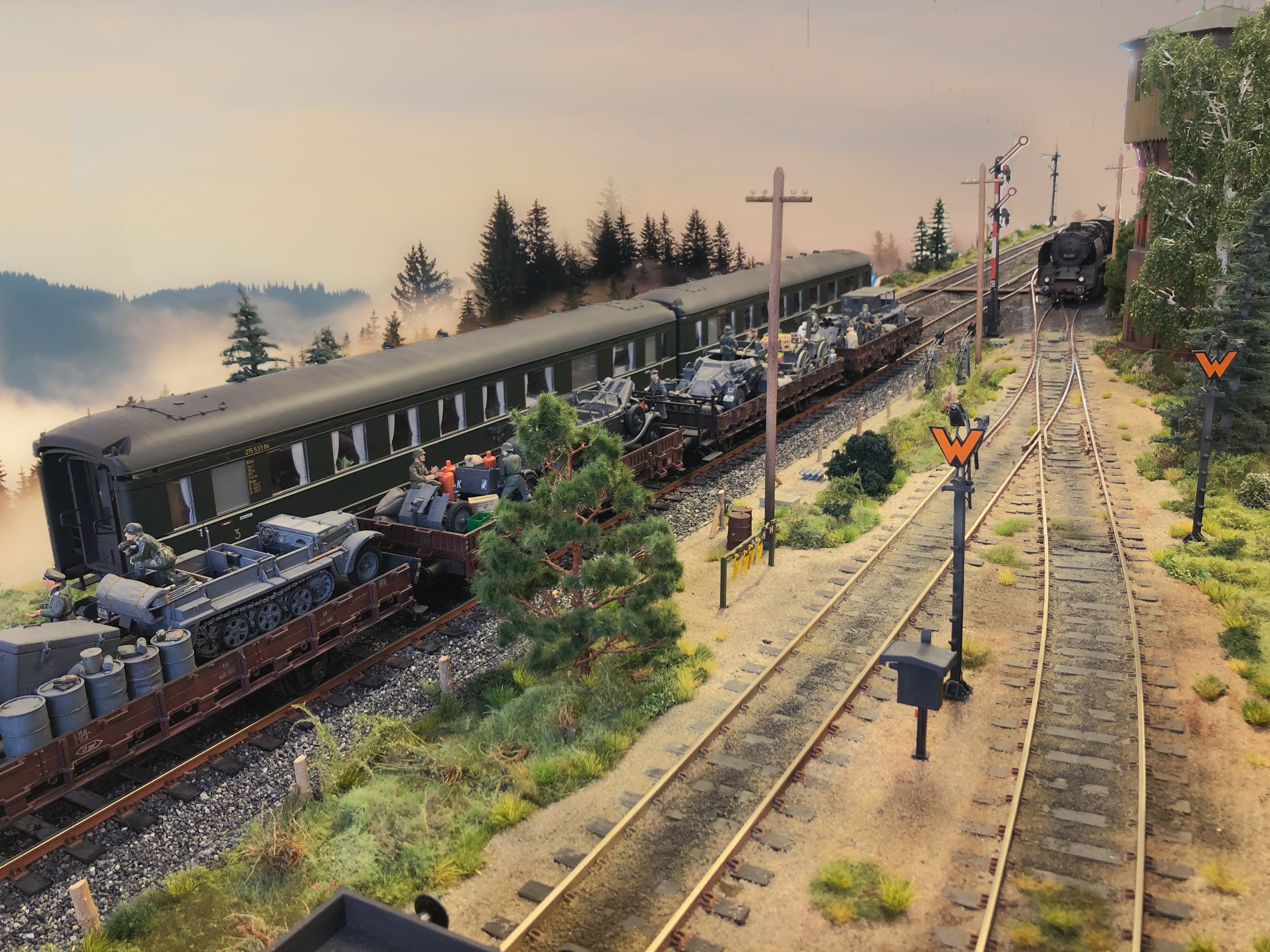 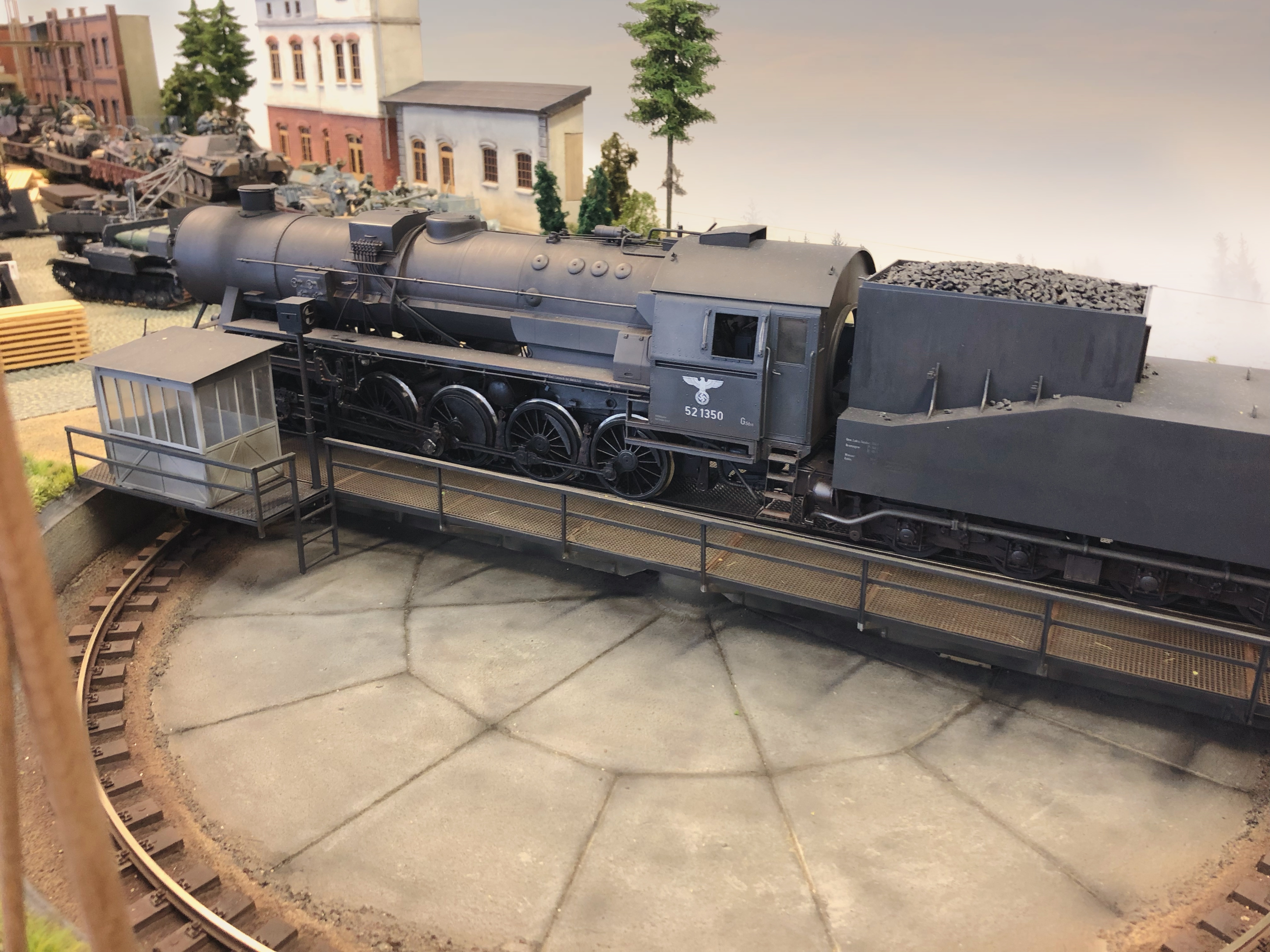 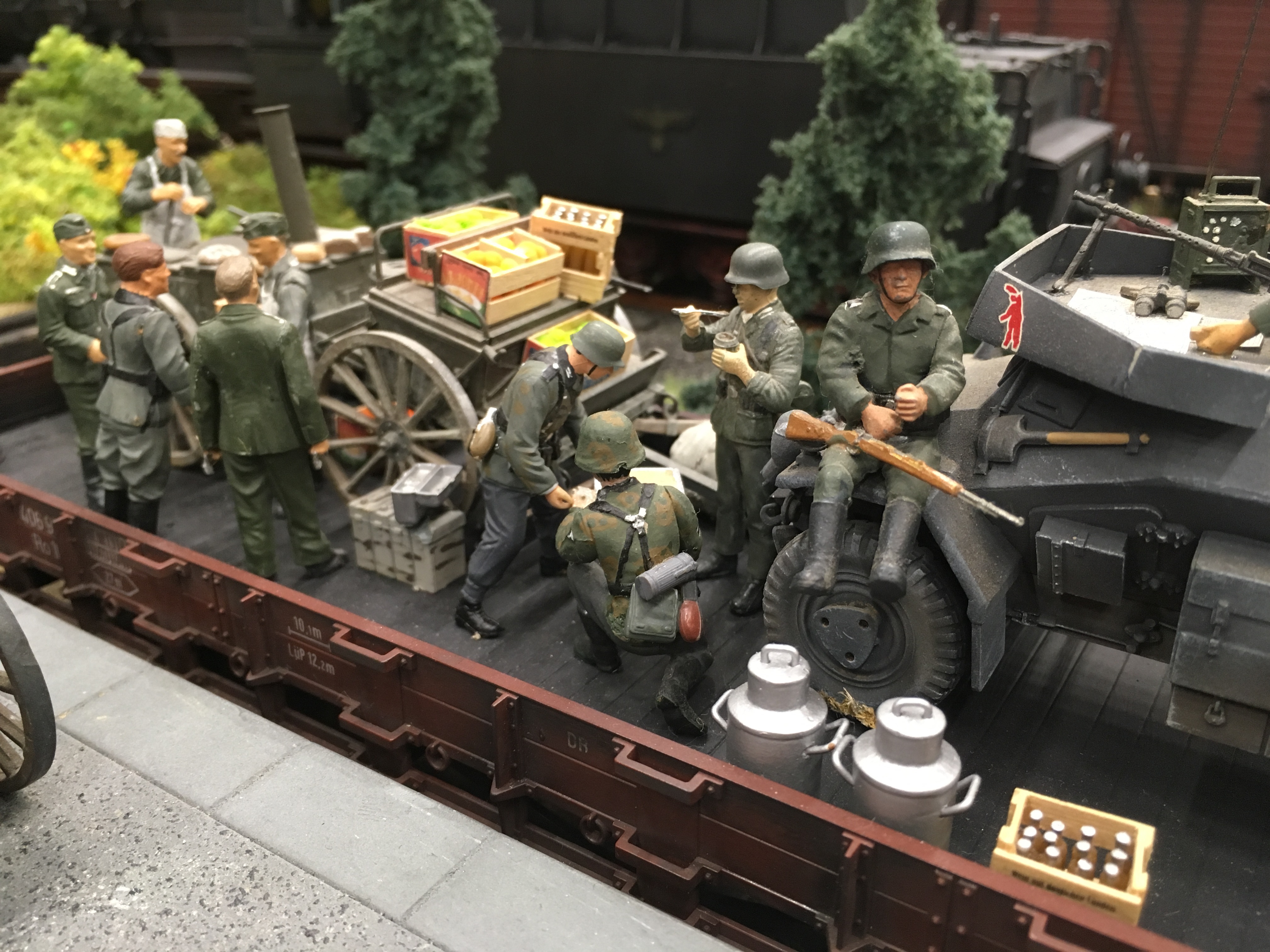 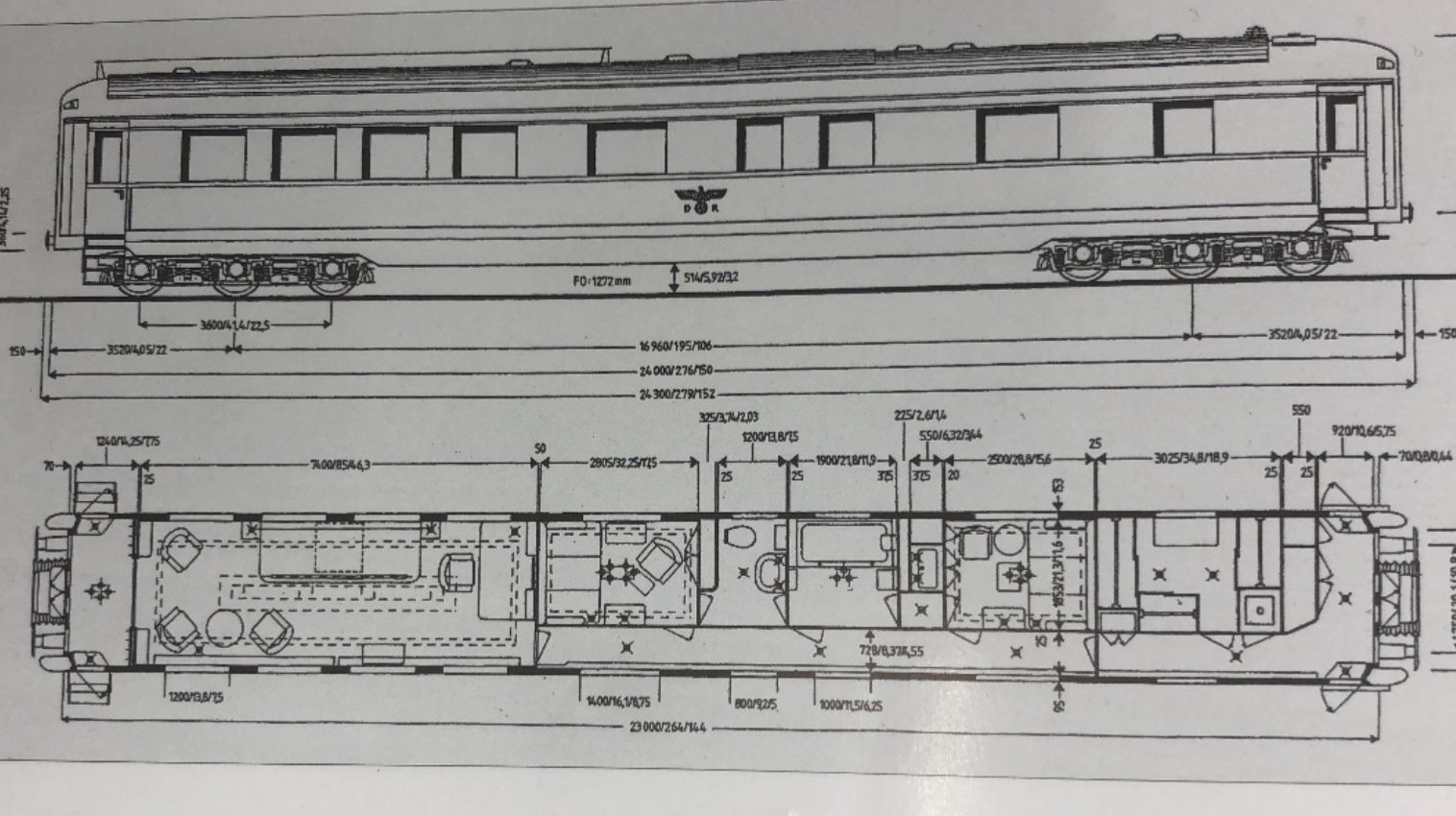 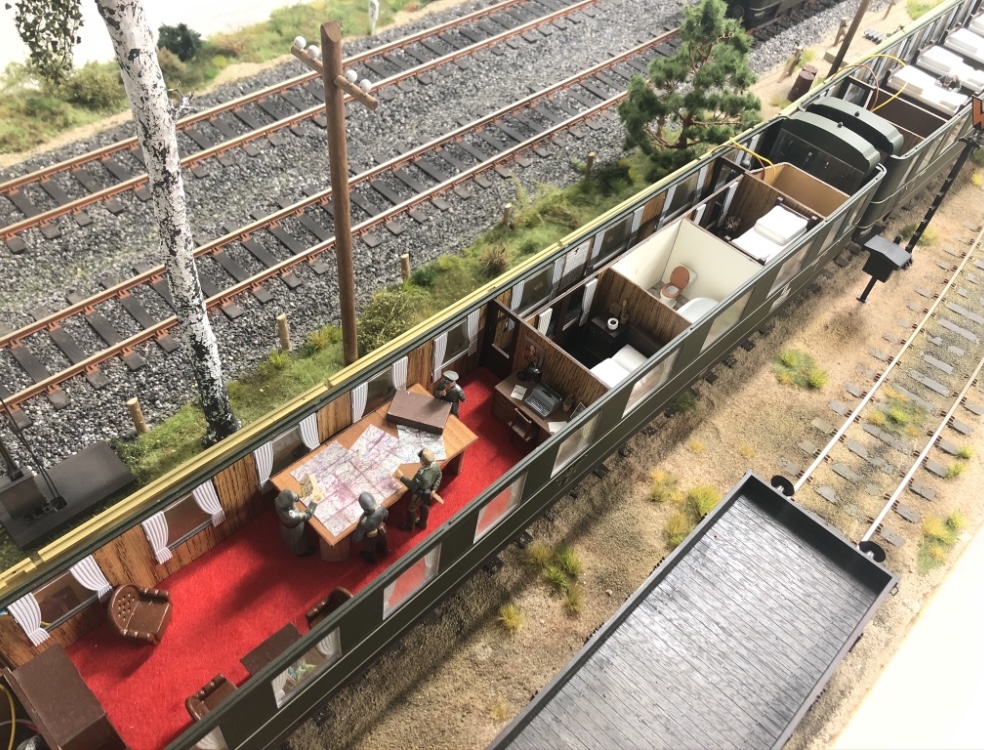 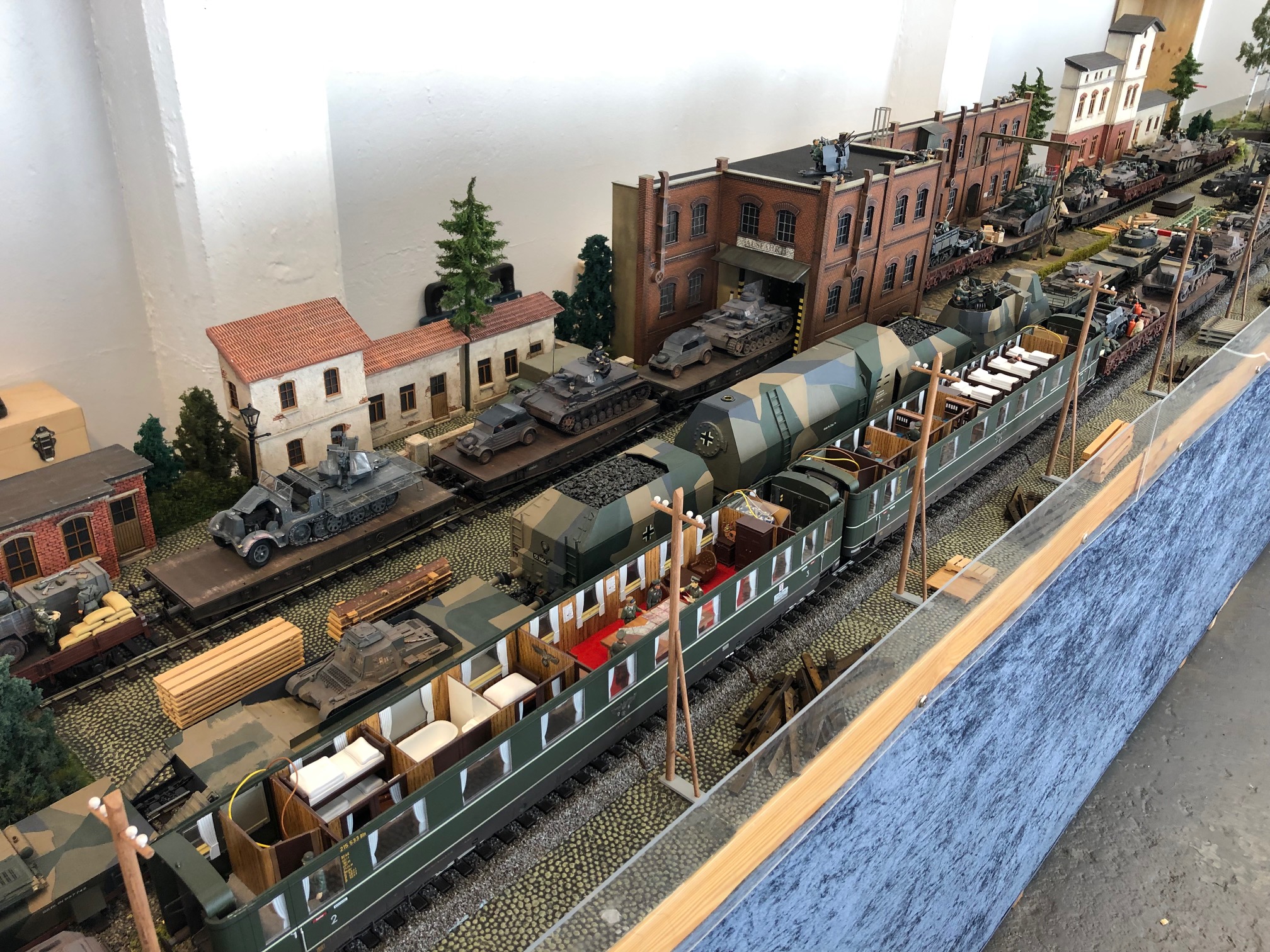 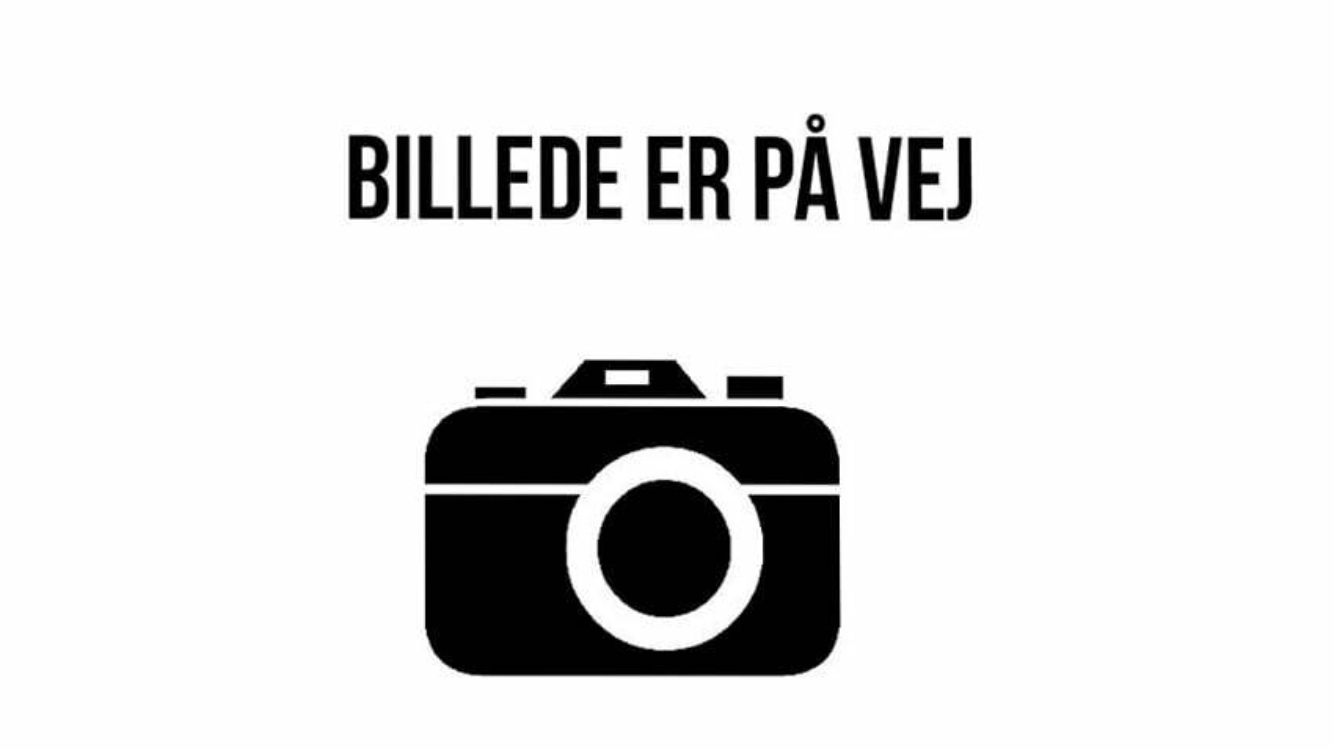 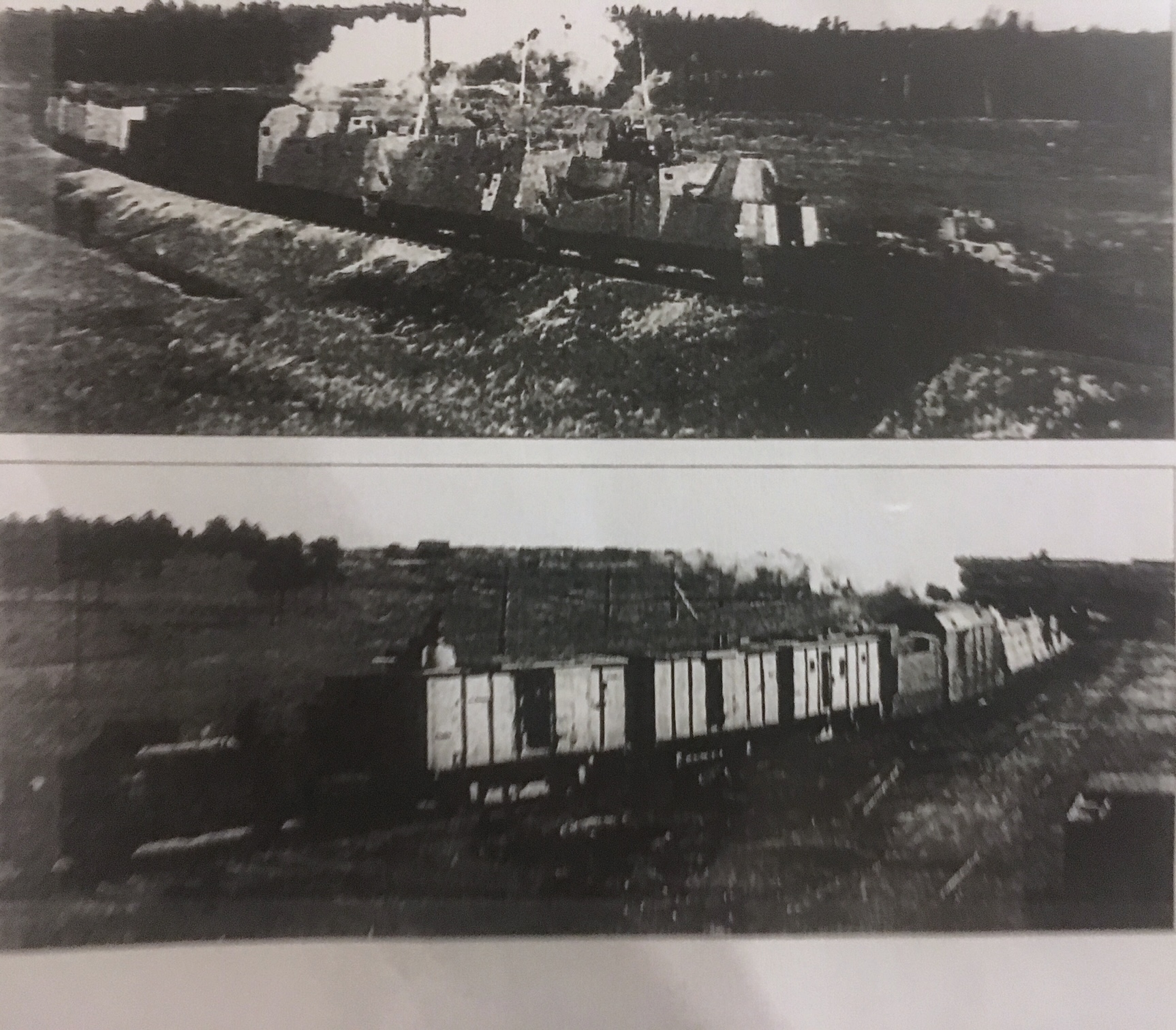 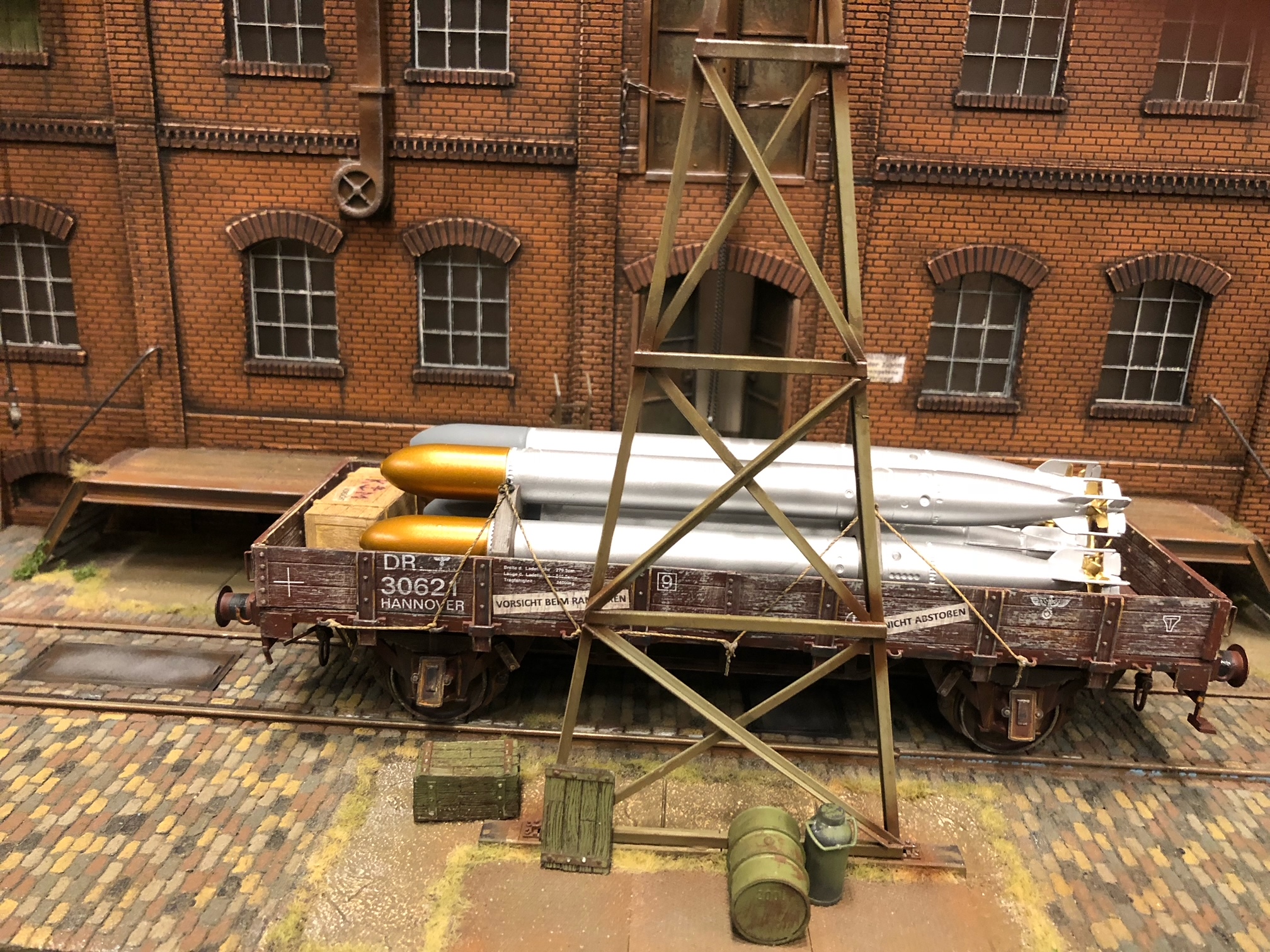 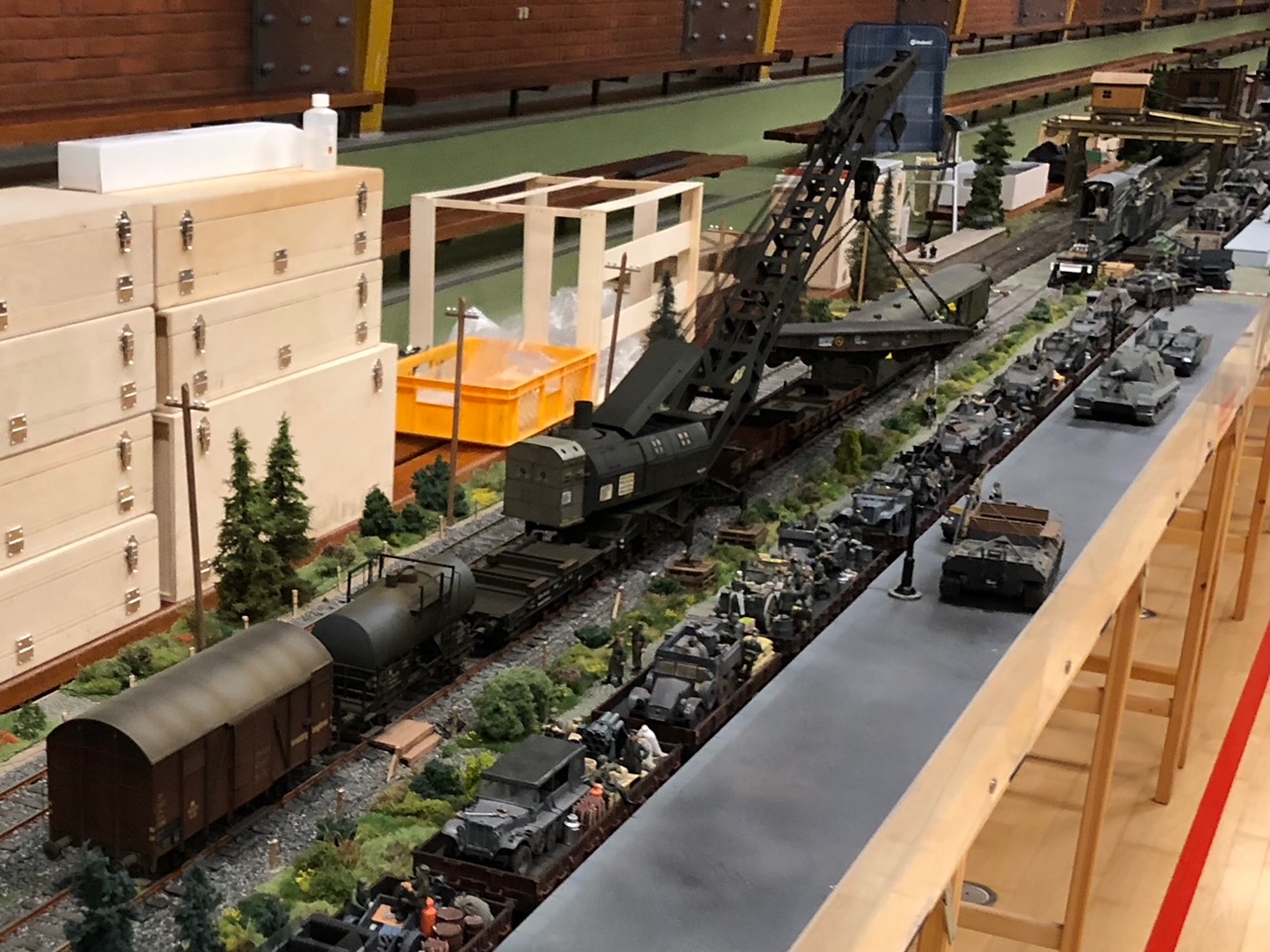 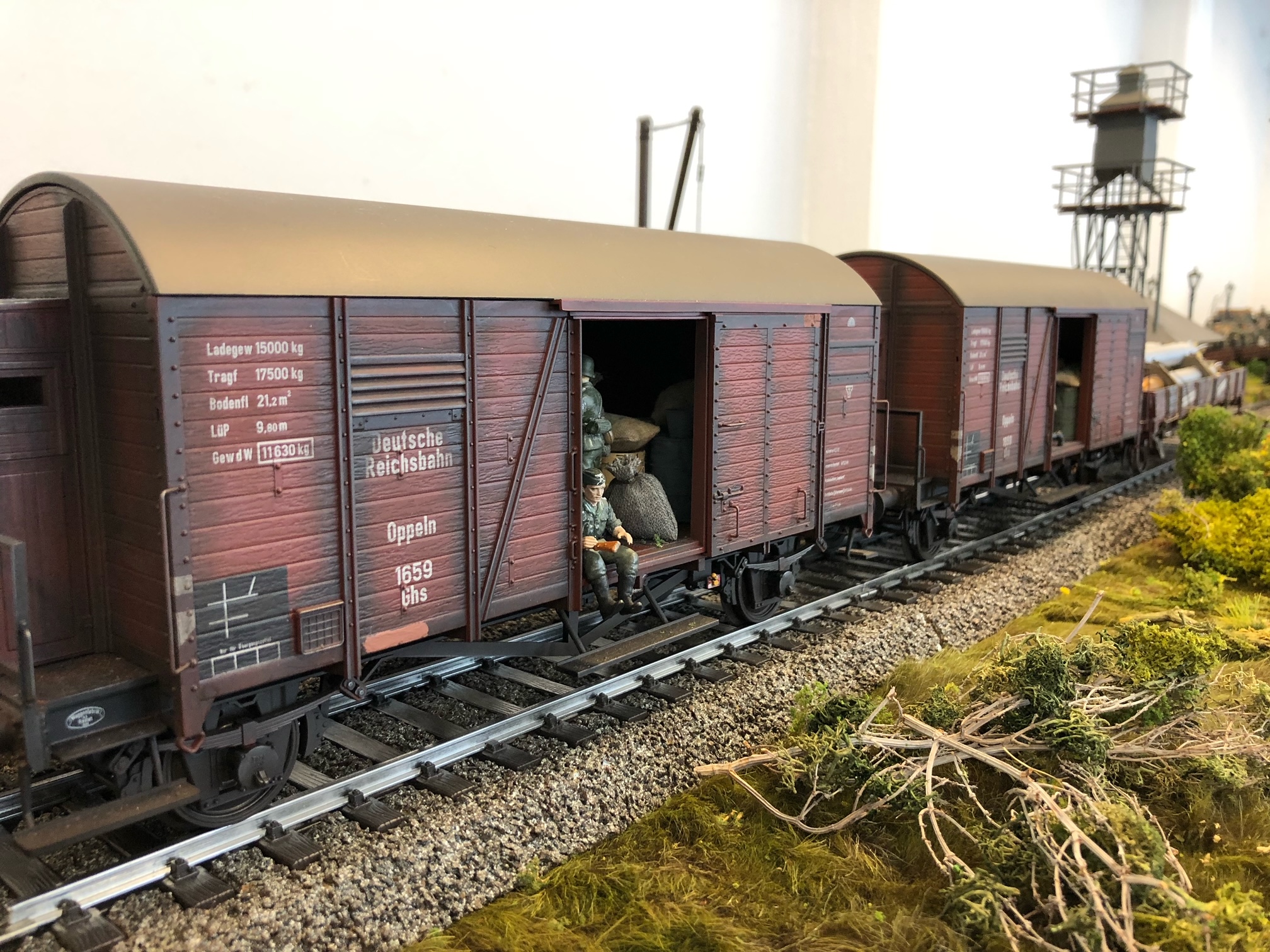 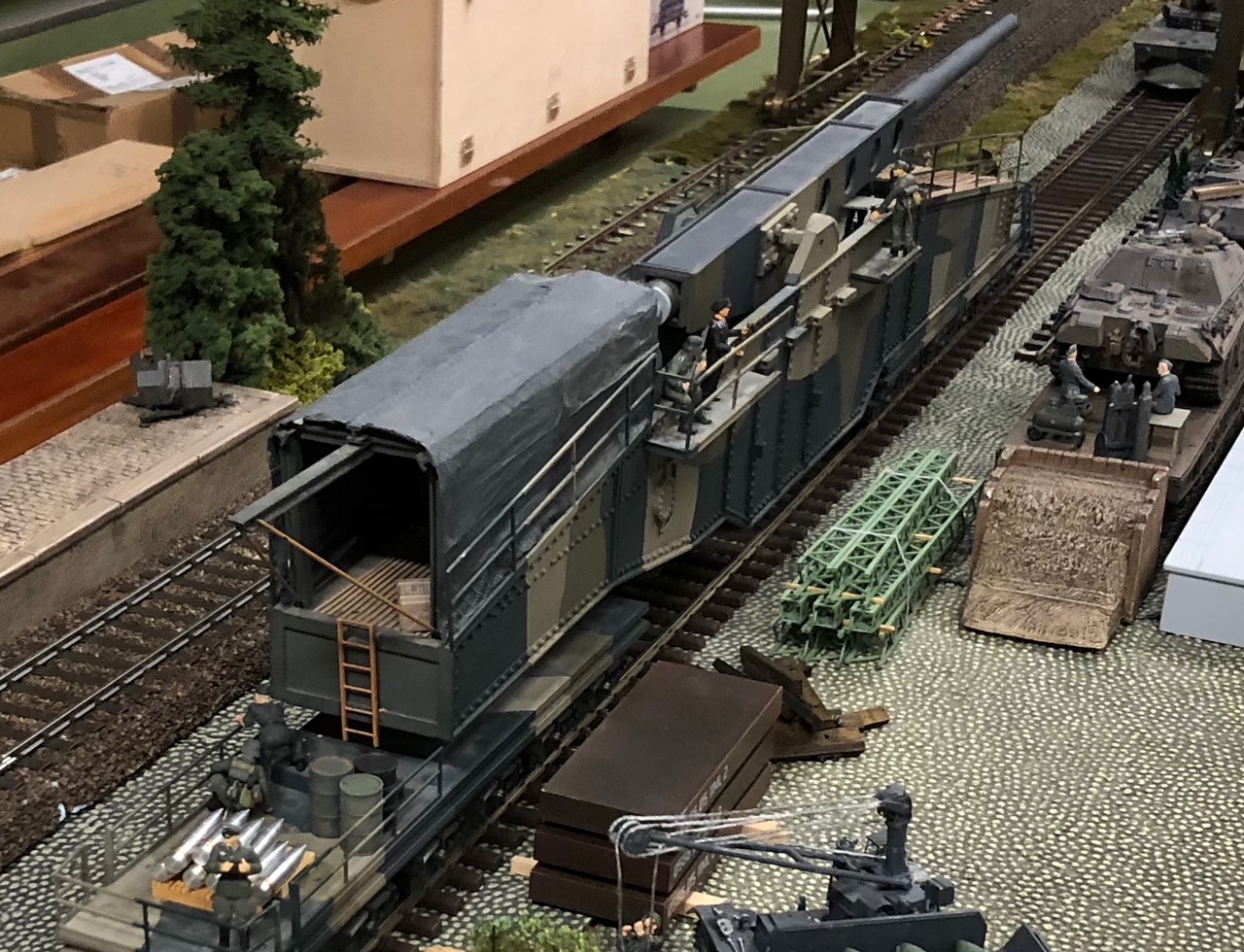 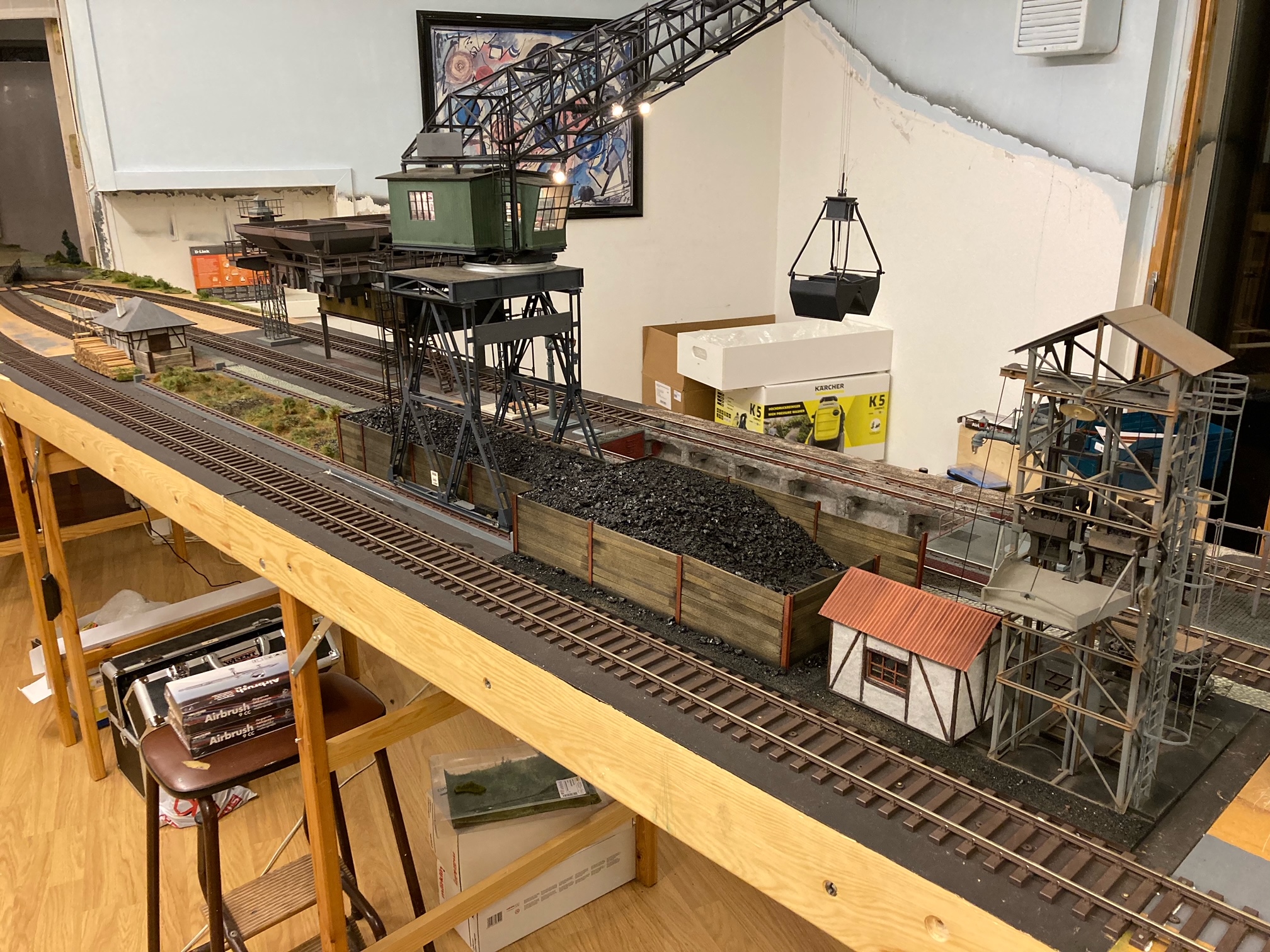 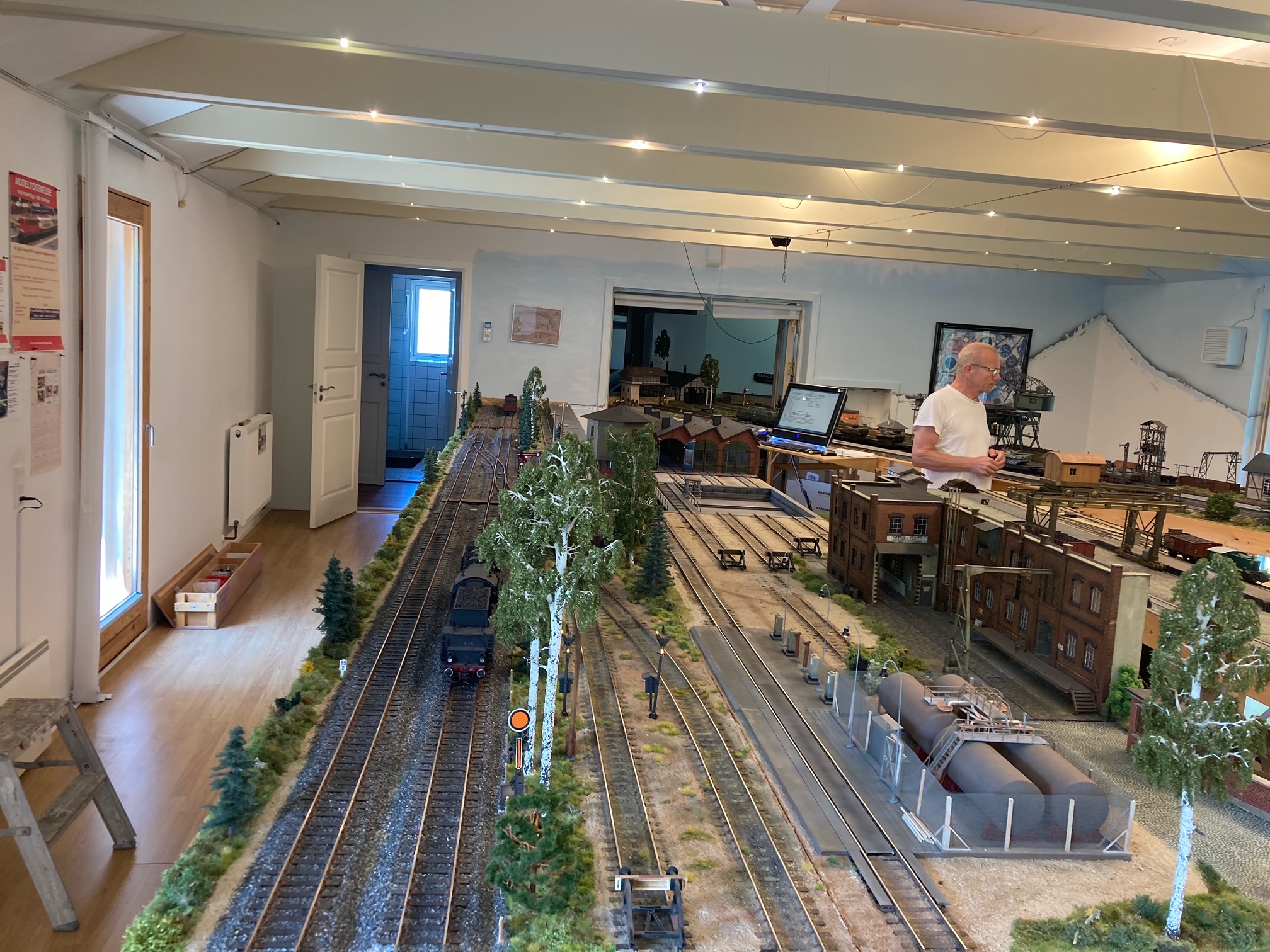 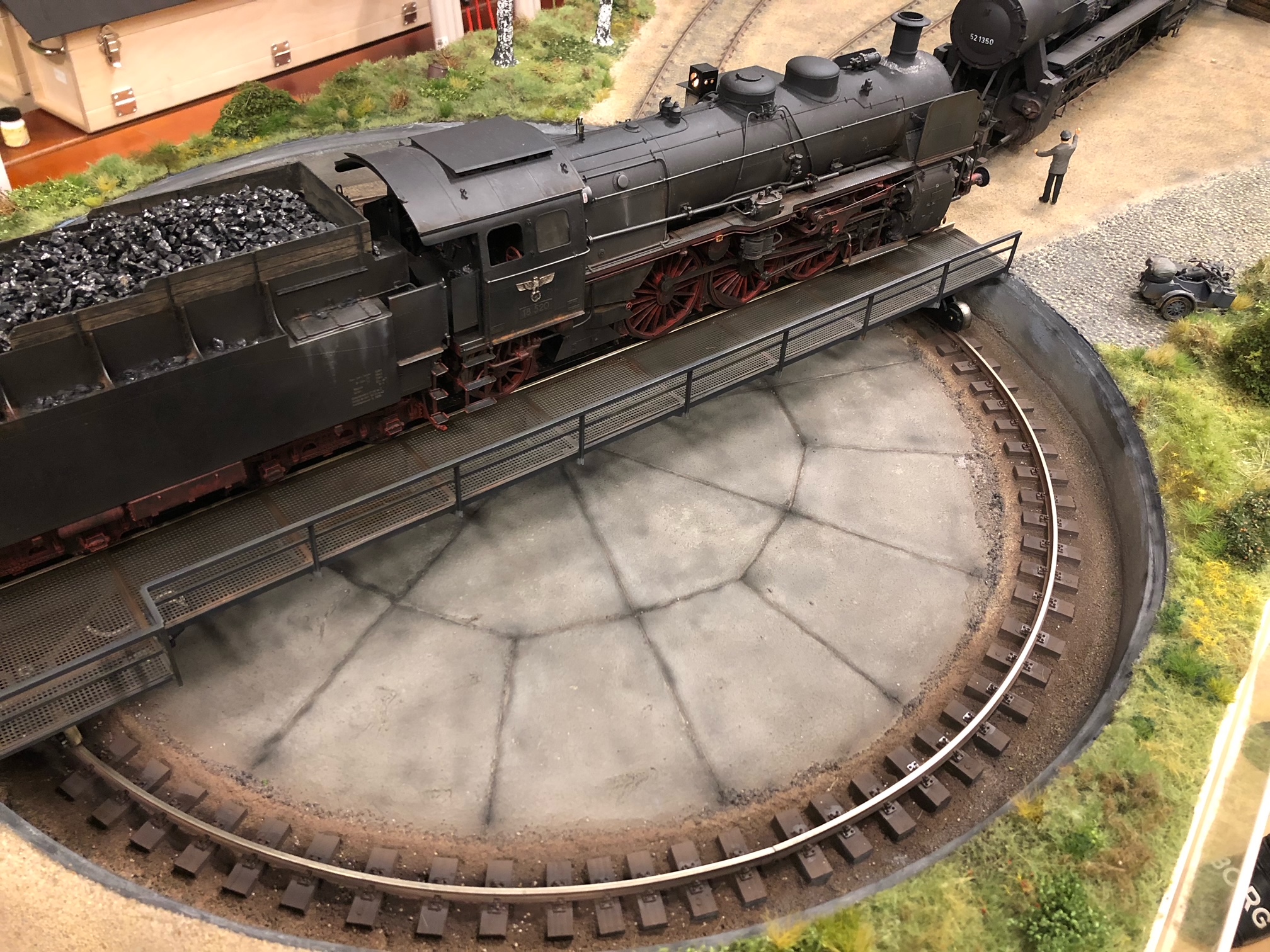 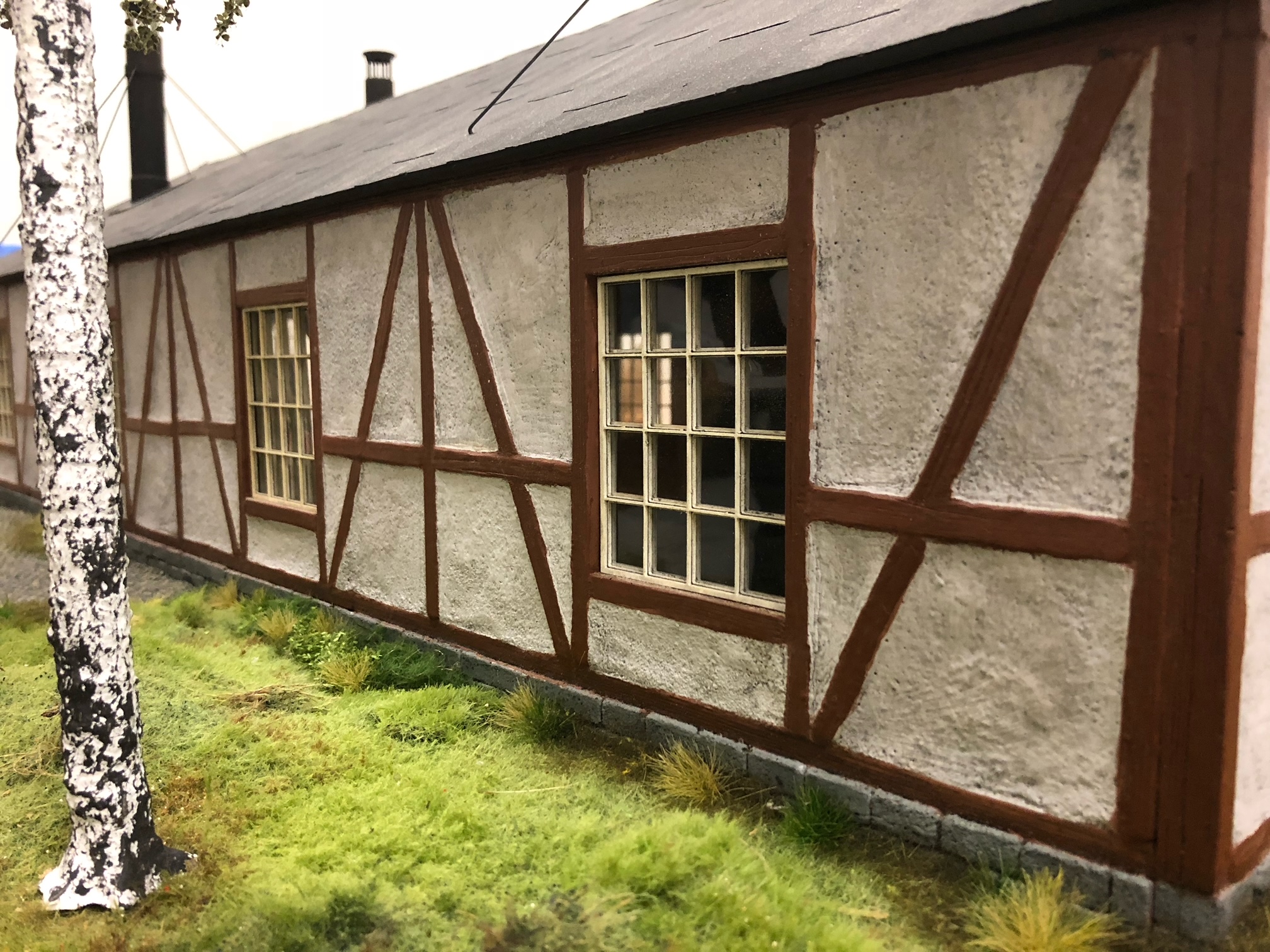 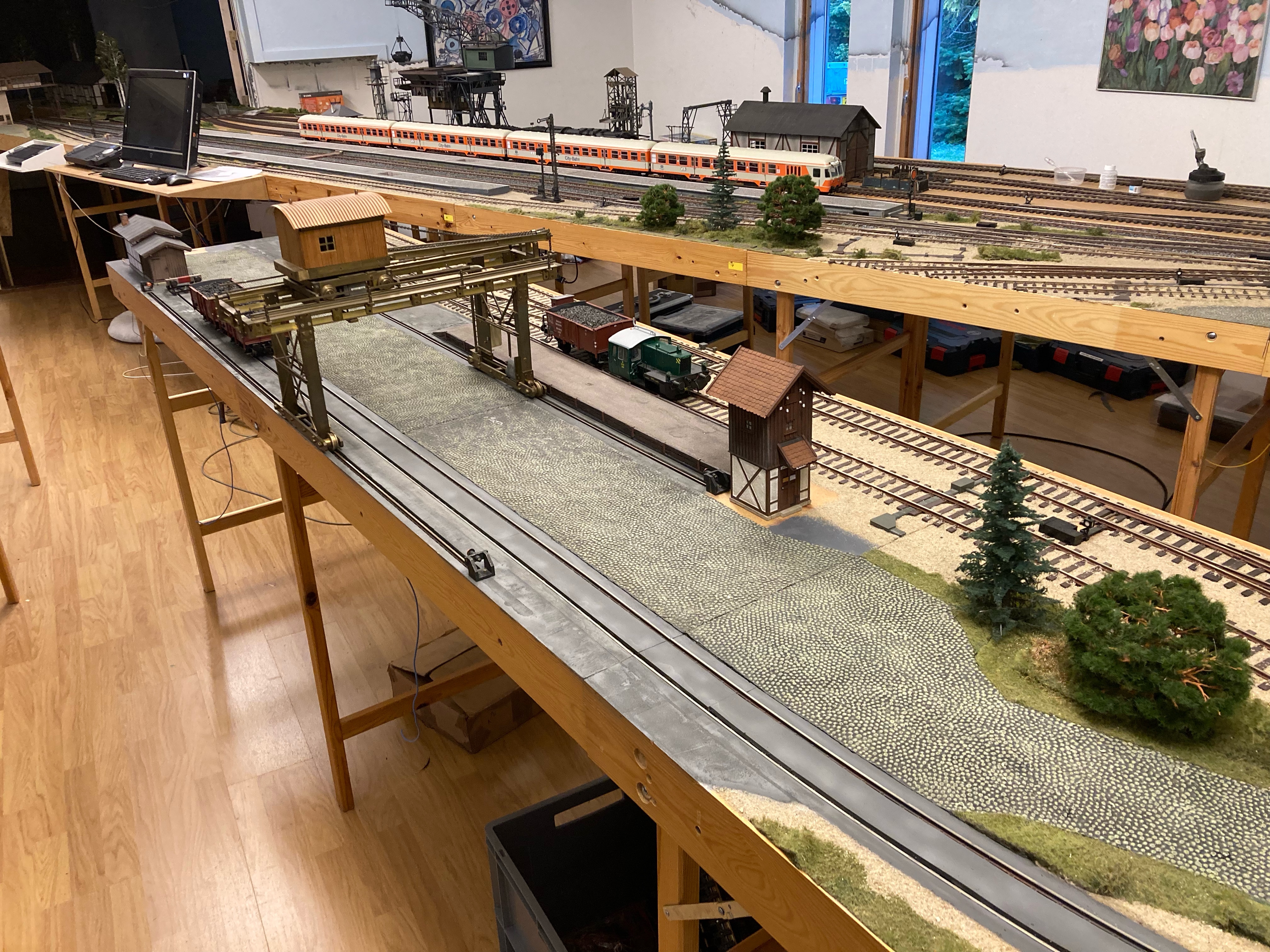 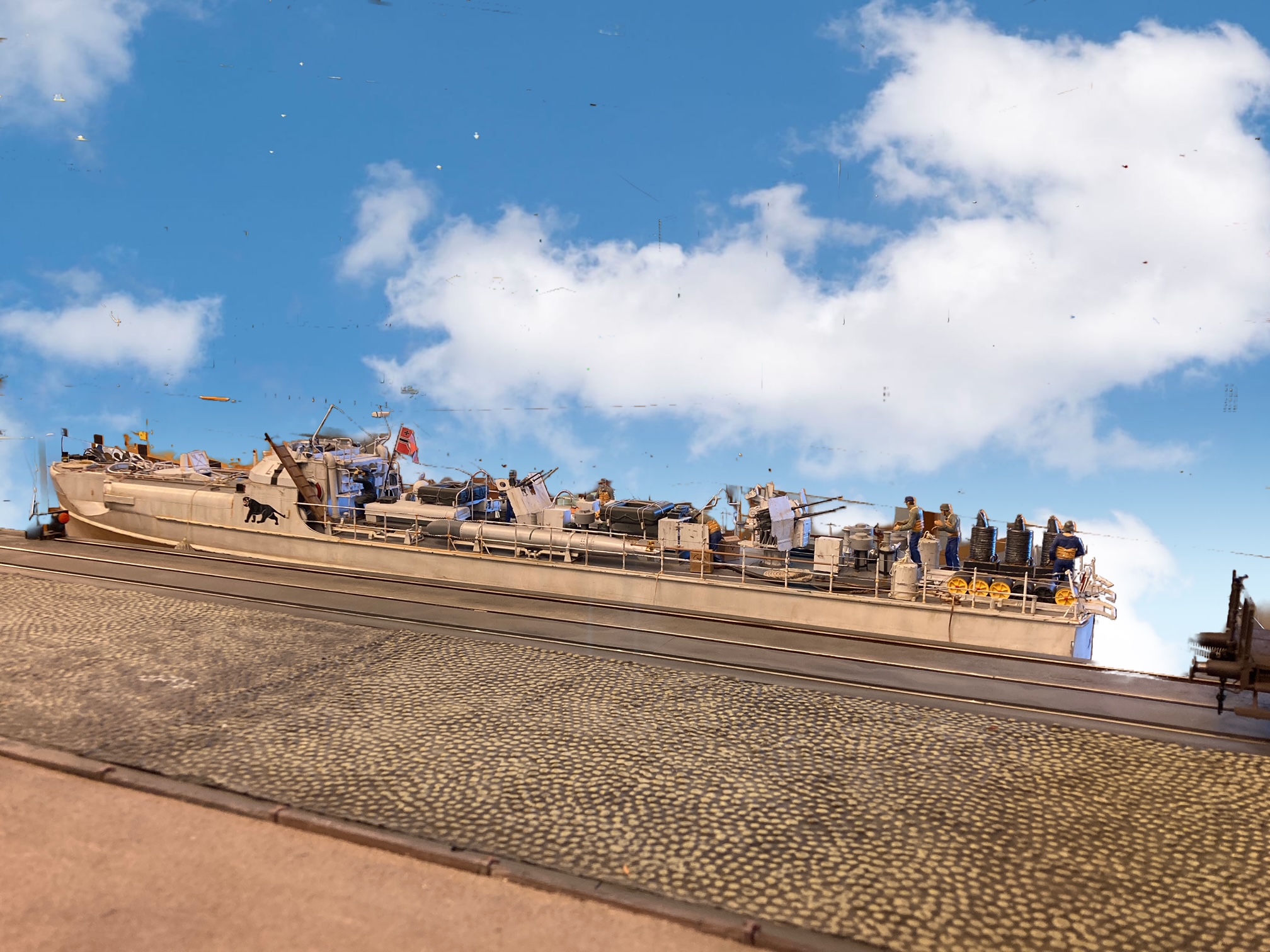 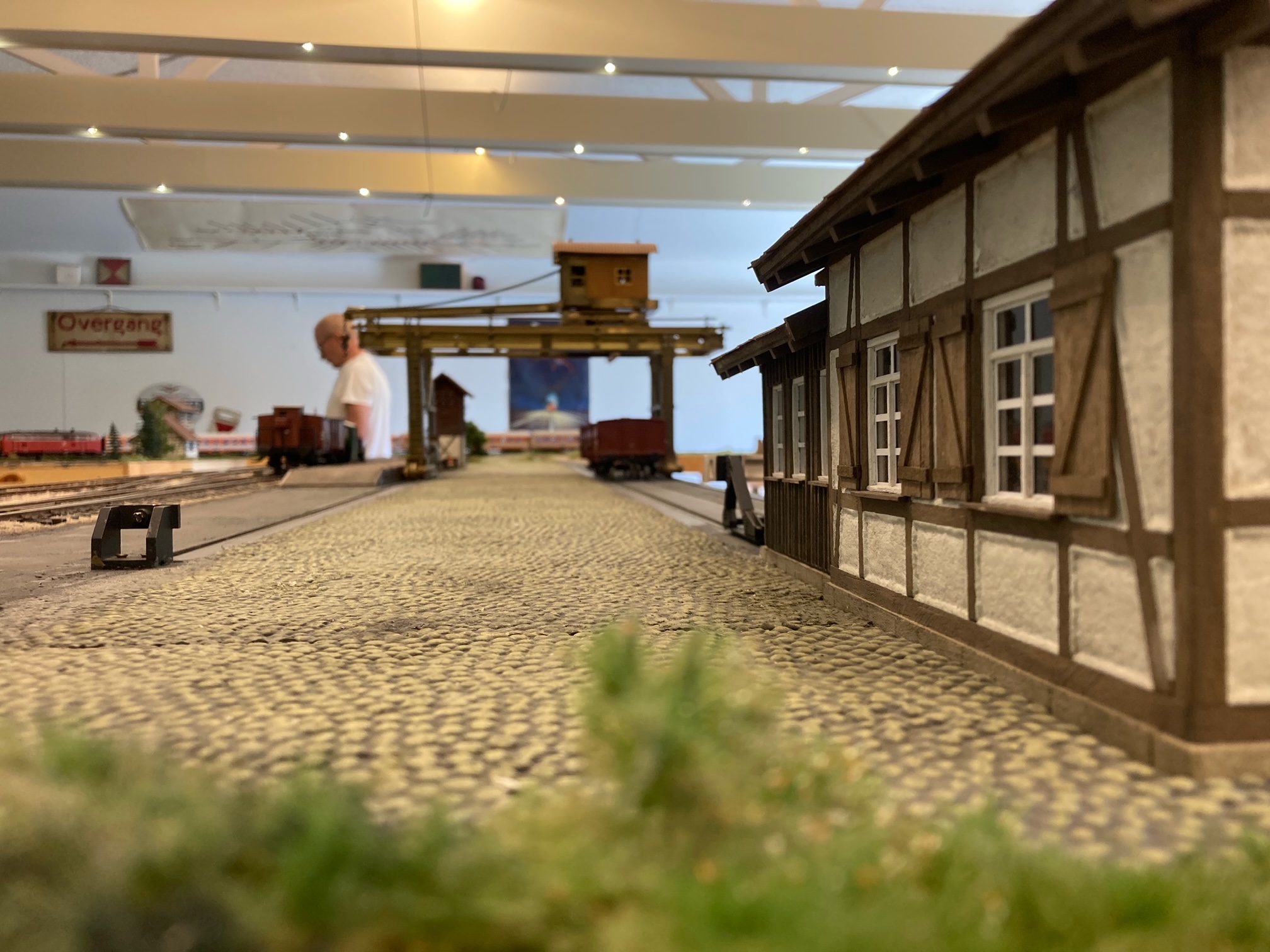 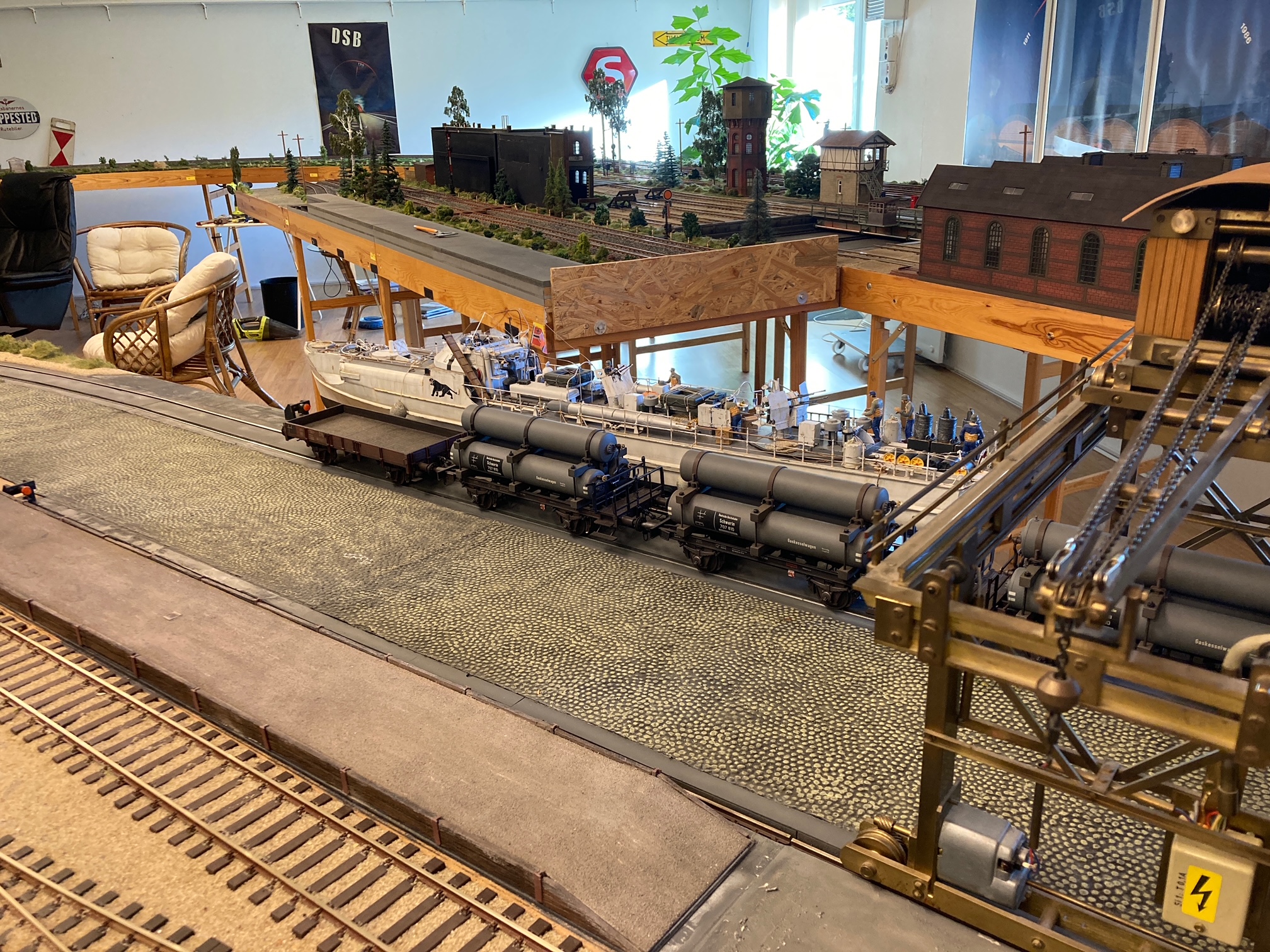 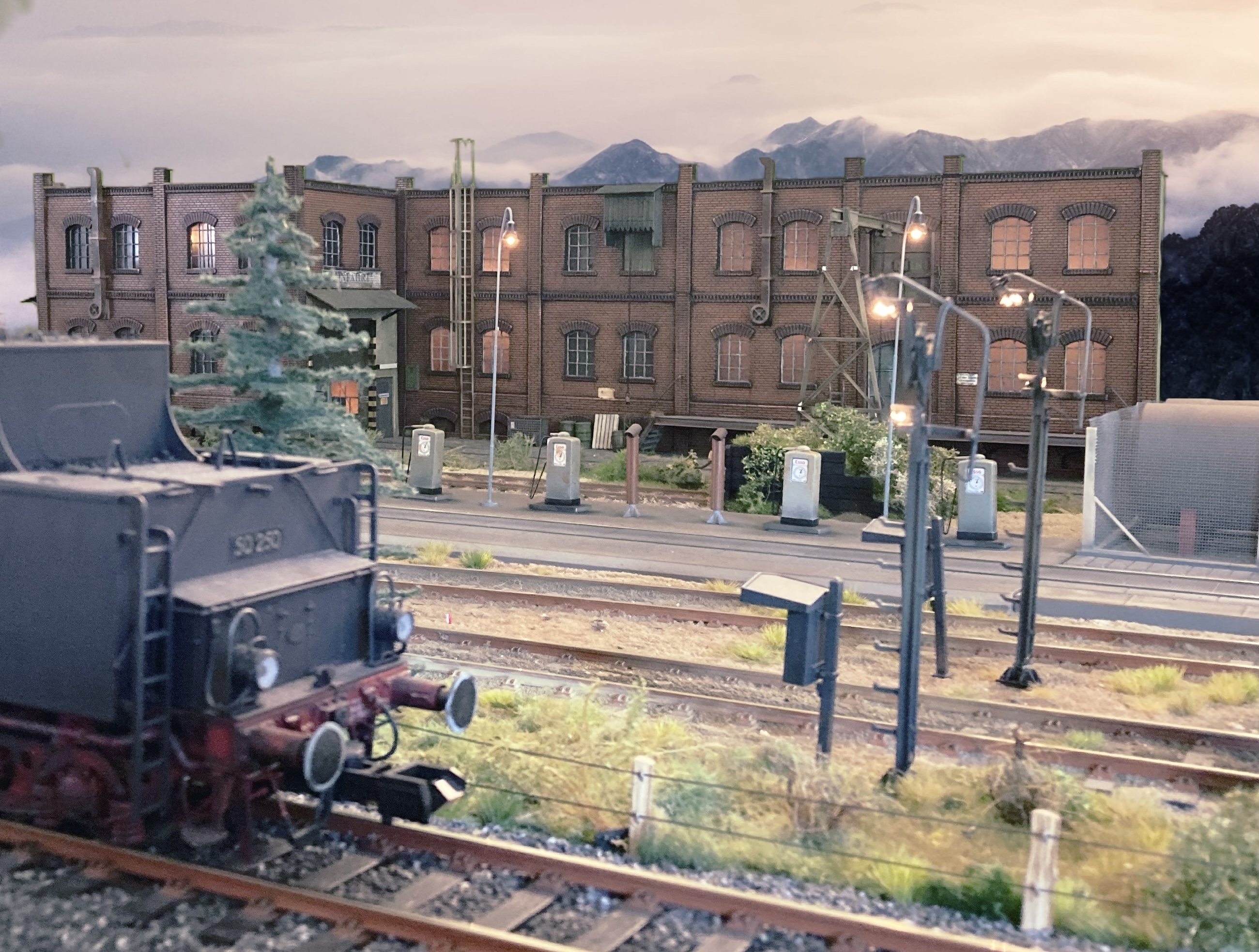 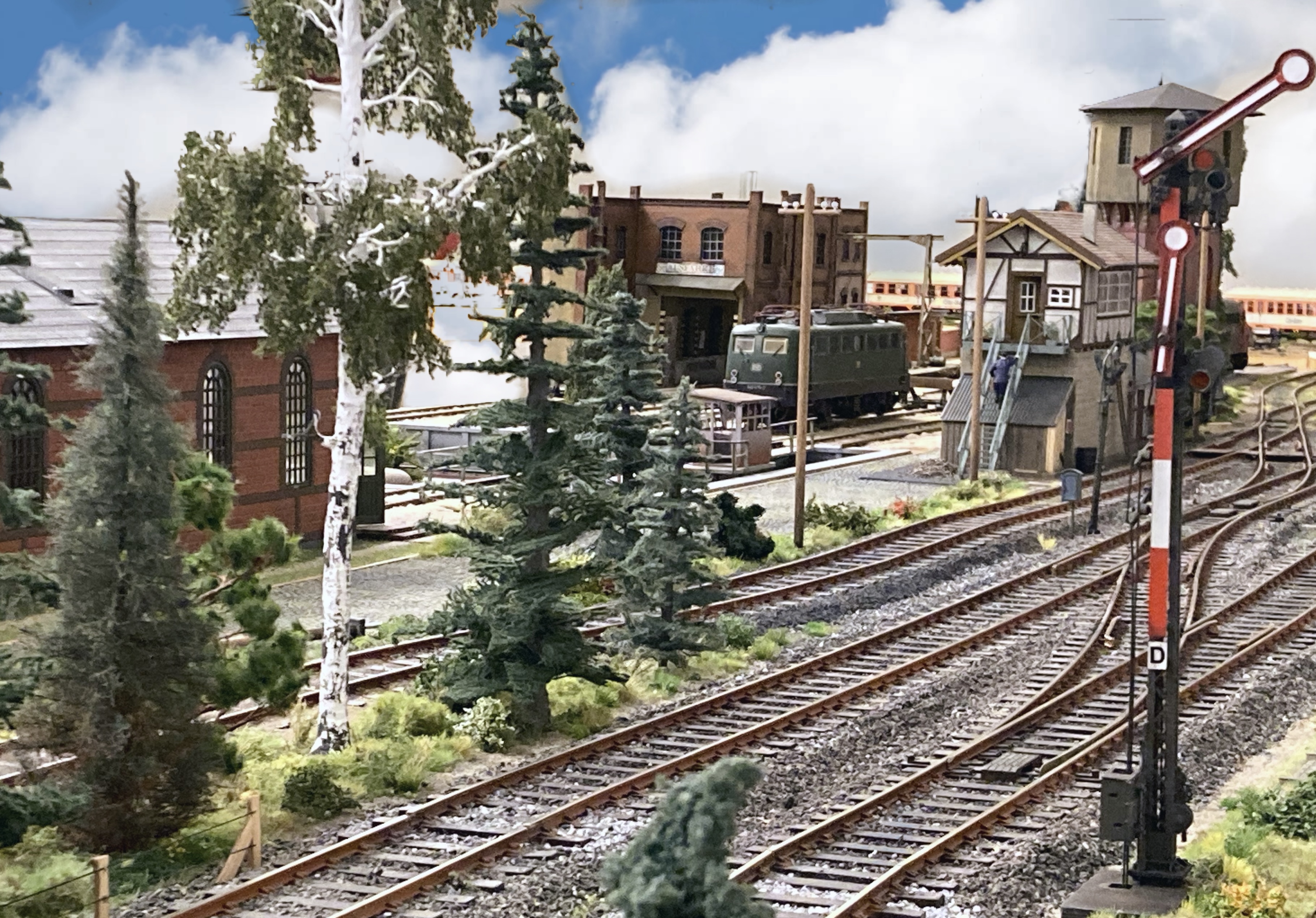 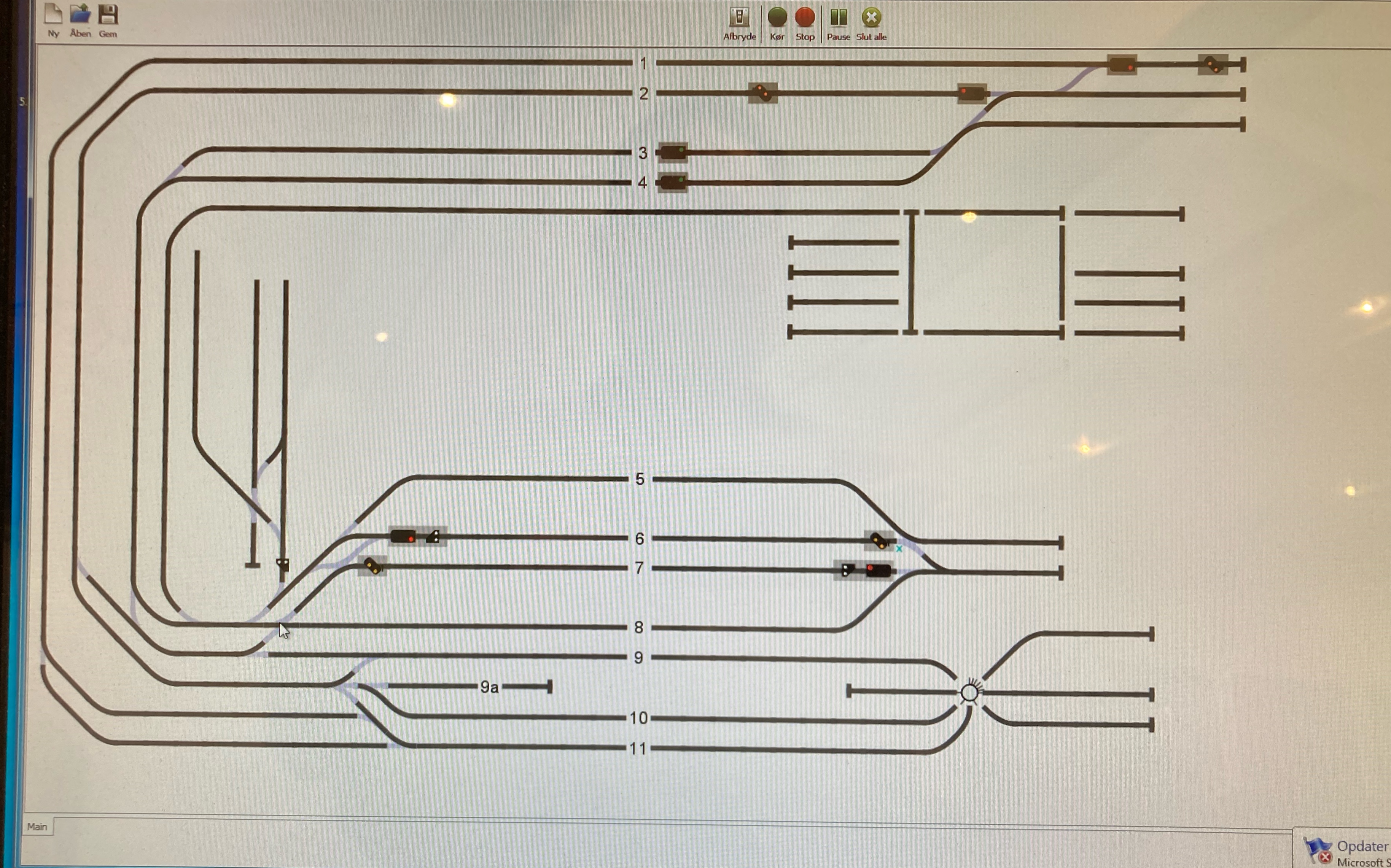 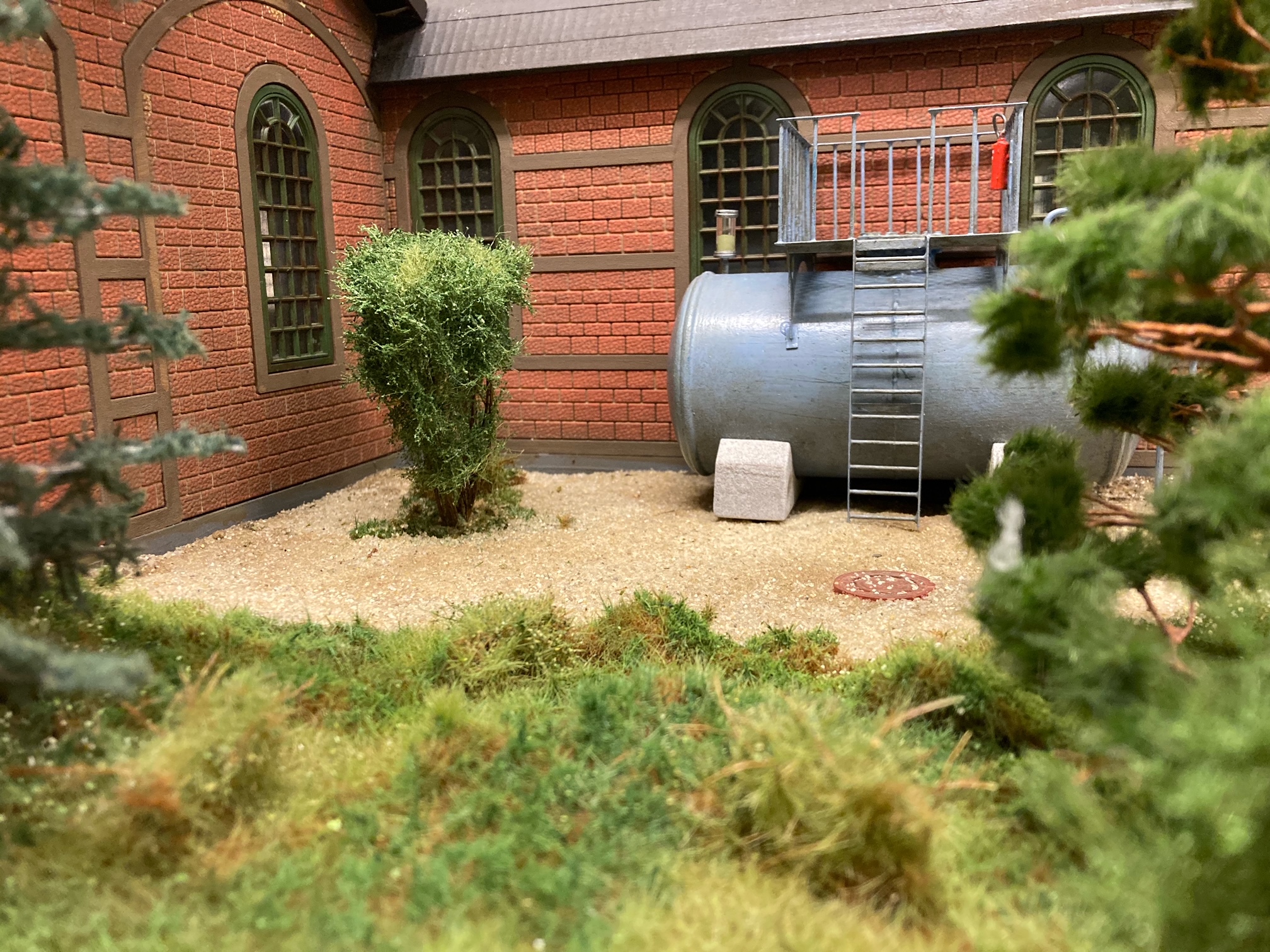 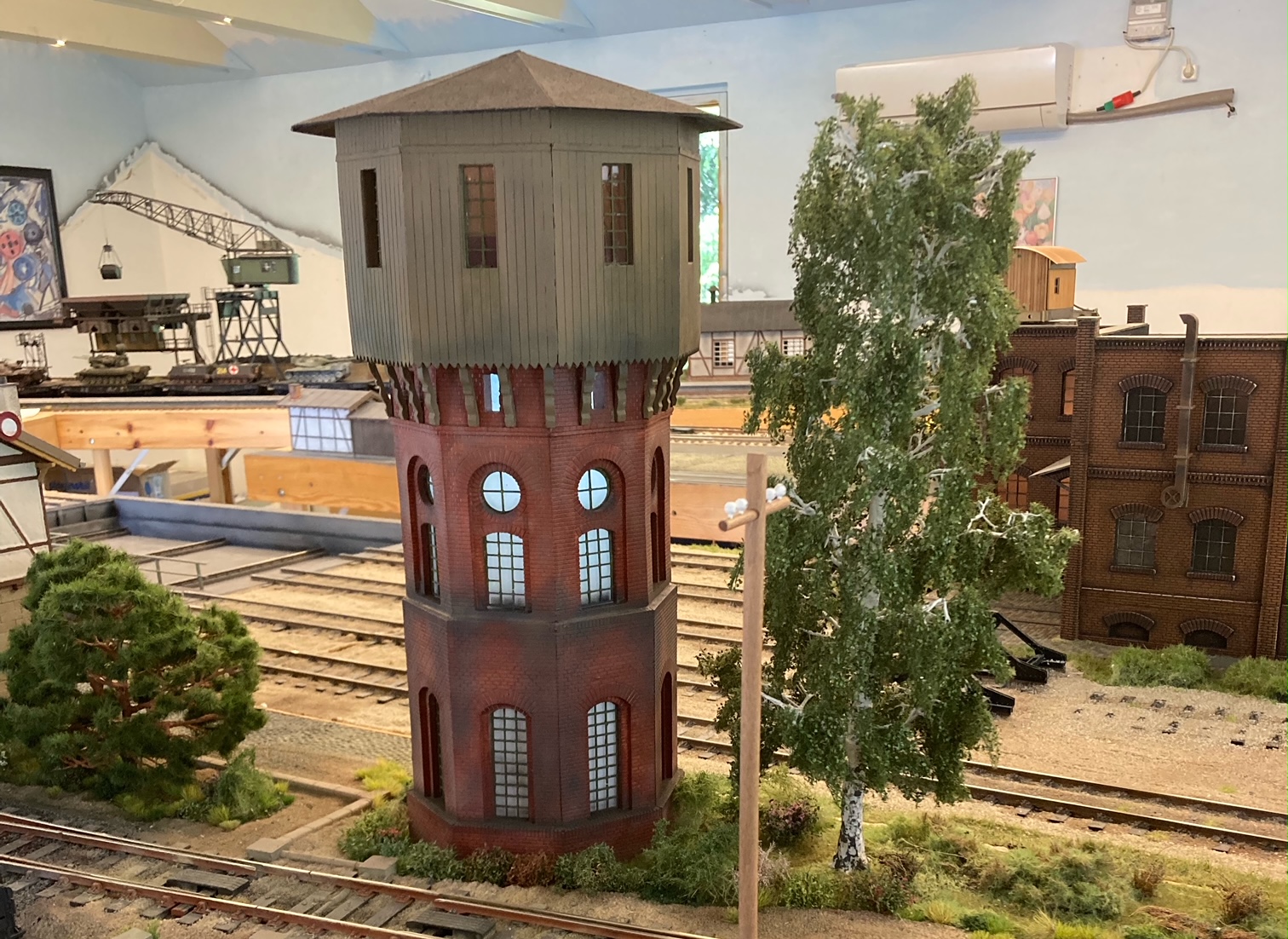 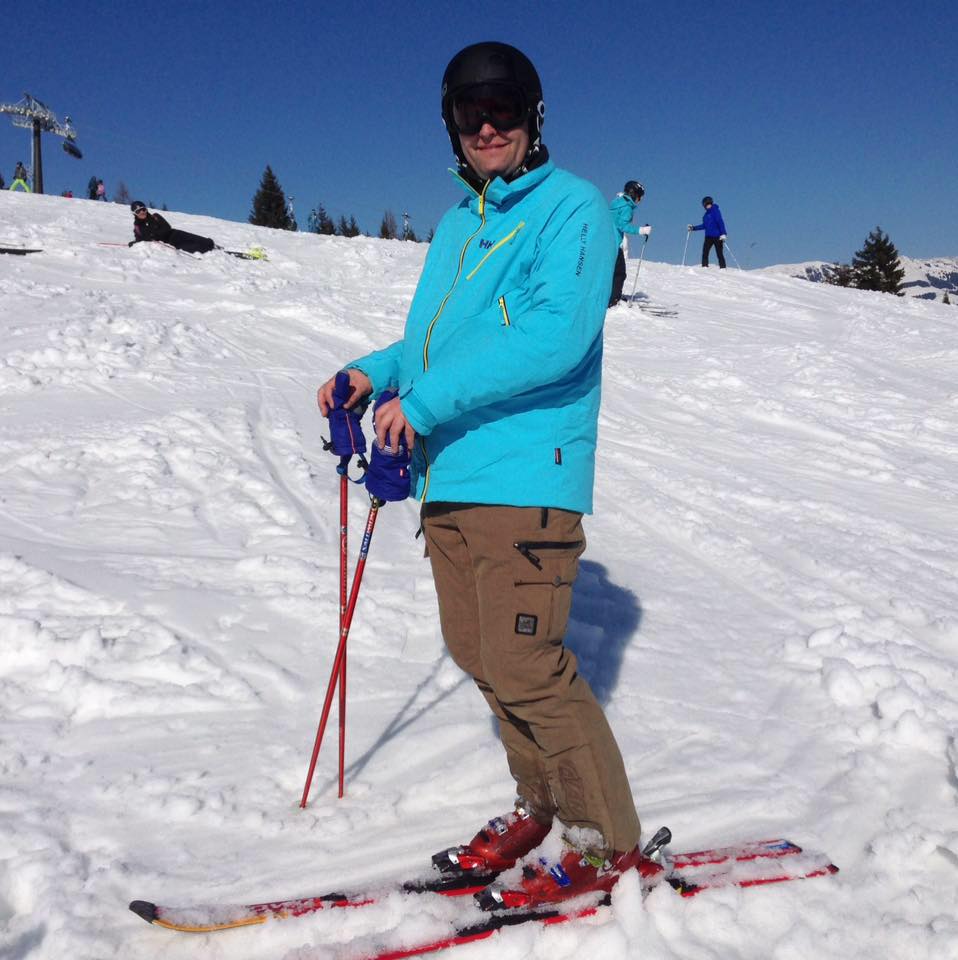